Founder, Chairman of the Board, and President

Don Wilks decided that the working world was incompatible with his passion for travel, and in January 2000 he achieved his goal of early retirement, or as he prefers to call it: voluntary unemployment. He left a thirteen-year career at Deloitte & Touche, where he was a partner in the Consulting Division and the firm’s National Director of Business Insurance Consulting. He and his former wife, Teri, spent the next thirteen months traveling in New Zealand, Southeast Asia, and Nepal. Since then, he has traveled extensively with multi-month trips in Nepal, India, Central and South America, and the USA, including a voyage to Antarctica.

Don formalized the worldwide grass-roots support that begin in 2005 with the founding of The Global Community for Education in 2009.

In addition to growing The Global Community for Education, building schools, and traveling, Don will someday get back to the task of finding a publisher for the book he is in the process of finalizing: in Twenty Things I Wish I Knew When I Was Twenty, Don shares the principles he used to retire at such an early age –principles that can be applied to any endeavor. Instead of a day job, Don pays the bills with his activities in the equity markets. His formal education includes an MBA from Southern Methodist University and a BBA in finance from Texas A&M University—Commerce, but believes there is something to be learned every day. He thanks his parents, his mentors, and his college fraternity, Delta Tau Delta, for all the education and lessons they have provided.

Tanka Kapri was a university student who was working as porter in 2000 and assigned to Don and Teri Wilks to haul their bags to Everest Base Camp in September 2000. It was Tanka’s vision and determination to improve his community that was the genesis for GCE in 2005. GCE’s US based operations provide funding and administrative oversight, but it is Tanka that does the heavy lifting of construction management. He sits on the School Committees for each of our schools and has frontline responsibility for all of our projects in Nepal.

Tanka’s talents are recognized widely outside of his work with GCE. He is the Founder and President of Alliance Society Nepal, an organization whose mission is to better Nepal through education of both children and adults. In 2010, he was named President of Education Committee for Dhading District Khari Ward #3 and Treasurer for all operations of Khari Ward #3.

Tanka graduated Tribhuvan University of Kathmandu in 2004 with a degree in Education.

Ken Pearson shares GCE’s enthusiasm for helping others learn. He has been a part of GCE since the beginning in roles ranging from providing valuable advice to his participation in various fundraising efforts for each of the schools in Khari. In fact, Ken’s children have even been part of GCE’s efforts to support the goal of spreading education throughout the world. Ken is presently a Managing Director with CB Richard Ellis. He is a licensed attorney who attended law school at Texas Tech School of Law and received his undergraduate degree from Texas A&M University – Commerce. Ken and his family live in University Park, Texas, and he hopes to someday be able to travel like Don.

Secretary of the Board

The idea of The Global Community for Education is one that Jean is passionate about. Her 16 years of experience as a classroom teacher has given her the opportunity to put this idea into practice on a daily basis. Jean has taught in urban and inner city schools in New Jersey, both in the private and public sectors, allowing her to work with diverse populations that truly represent cultures from around the globe. The idea of community, through modeling citizenship, critical thinking, problem solving and communication skills, is the foundation of her educational philosophy. And although she values the experience of having been a trial lawyer on Wall St. for 7 years, being on the front lines of the children’s educational experience provides her with a greater sense of fulfillment and inspiration. Jean is committed to bringing an energetic and creative approach to the important organization and wonderful people of The Global Community for Education.

Member of the Board of Directors

Eric Schwarz is a Partner at Ernst & Young where he is an internationally recognized thought leader and testifying expert in the fields of electronic discovery and computer forensics.

Eric has travelled widely for both business and pleasure and these travels have included several trips across India and the Asia/Pacific region. Eric has known Don both personally and professionally since they began working together at Deloitte over two decades ago. Eric and his wife Gill have been involved with GCE since the first school. Eric has provided his advice and expertise on GCE operations, and he and Gill have been instrumental in fundraising efforts.

Eric and Gill believe that education is essential to the growth of the human spirit. Education allowed Gill and Eric to grow beyond the dreams of their parents or themselves. For both Gill and Eric, books were the key to unlocking it all. Books can take you anywhere and teach you anything; if you are willing… and if you have access to the books and the guidance needed to learn to use them.

Both Eric and Gill have experienced the magic of education in their seven year-old son Aiden. Aiden is blessed to be able to attend a school that exposes him to the world – math, science, geography, art, and music.  They want to help other children have access to the same and they deeply believe that their investments have the maximum impact under Don’s careful guidance.

Eric holds a bachelor’s degree in economics from the University of Western Ontario and an MBA from Boston University.

Member of the Board of Directors

April Culver is one of GCE’s original donors. When Don returned from Khari in 2007 after the first school was built, he approached April to help with a fundraising letter to solicit funds to build the second GCE school, Baladevi Secondary. She has provided her expertise of the nonprofit world and fundraising ever since. In 2010, April visited the GCE schools and communities and fell in love with the kids, the families, and the Nepalese culture. April currently serves as CEO/Executive Director for Challenge Air for Kids & Friends, a Dallas based non-profit that promotes confidence and self-esteem in kids with special needs through the gift of flight. April brings over 25 years of non-profit and fundraising experience to GCE.

The Global Community for Education Board. 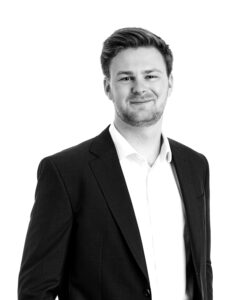 Roth Johnson is an associate with JLL’s Hotel Investment Banking team in New York, New York. As part of a GCE donor family, he has followed the organization’s work since its inception. His interest in technology led him to create his own web development and technology firm, and he jumped at the chance to assist GCE in its social media outreach. Like Don, he has a passion for travel and his interest in the wider world has taken him all over the U.S. as well as to Sweden, Spain, the Dominican Republic, South Africa, Australia, New Zealand, Thailand, Singapore, Qatar, Indonesia, Hong Kong and Argentina. He’s traveled to both Australia and South Africa as a Student Ambassador with People to People International and is a member of the University of Delaware class of 2018.

The Global Community for Education receives much needed support from some fine organizations that allow us to send every dollar we receive.
Learn More